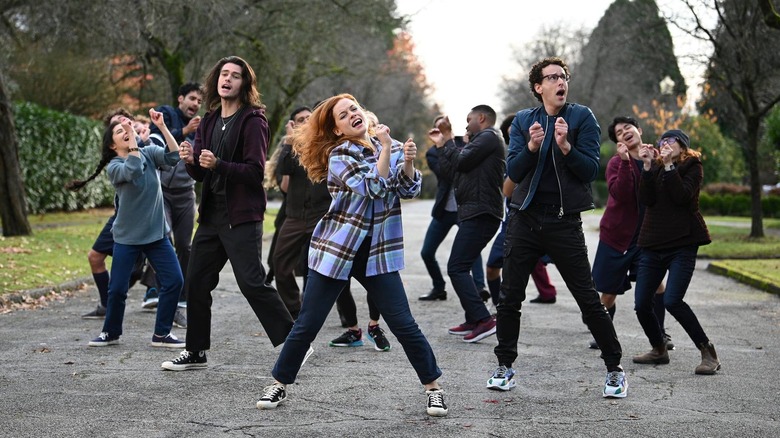 Zoey shall continue her extraordinary playlisting, but on Roku now. For Christmas! As fans of "Zoey's Extraordinary Playlist" are heartbreakingly aware, NBC decided to cancel the musical comedy after just two seasons. But fear not, as it has found a new home in the unlikeliest of places, thanks to the feverish hunt for content driven by the all-consuming engine of the streaming wars.

As reported by Variety, Roku of all places has picked up "Zoey's Extraordinary Playlist" for what will presumably be one last hoorah. It had previously been reported that such a deal was in the works. But now it's officially official. A Christmas-themed movie has been ordered by the company and it will stream on the Roku Channel this holiday season. The movie, titled "Zoey's Extraordinary Christmas," is expected to begin production next month with the core cast and crew on board. This includes Jane Levy in the role of Jane. Creator Austin Winsberg had the following to say:

"I am so extremely grateful to The Roku Channel for helping us get Zoey to sing again. I can't think of a more appropriate time to hear someone's heart song than the holidays. And Zoey's Extraordinary Christmas will be an opportunity to provide the fans and new viewers alike a chance to all tap their toes and get in the holiday mood."

The film will pick up where season 2 of the show left off. It will stream for free on the ad-supported Roku Channel. Additionally, all episodes of the show will be making their way to the platform this fall in anticipation of the release.

"Zoey's Extraordinary Playlist is the kind of show that doesn't just entertain people, it speaks to them. The show has a healing power about it, which is brought to life by the incredibly talented cast through music and dance. That connection with the audience is what makes bringing a holiday-themed film like Zoey to life with the original cast so special." 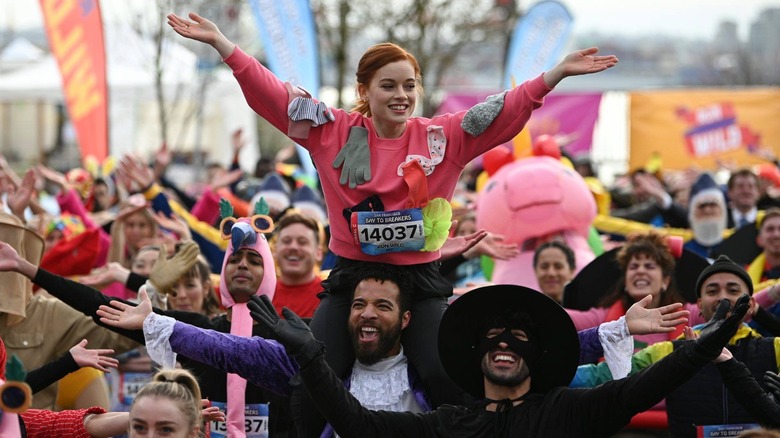 "Zoey's Extraordinary Playlist" debuted on NBC to solid reviews and decent ratings. The problem is, network television still needs a rather large audience to justify the continuation of a show. The math is a bit different for streaming services and cable. As such, the show was given the ax following the conclusion of its second season. But that was not the end of it.

The cast and crew, along with a great many passionate fans, took to social media to #SaveZoeysPlaylist. Lionsgate, the studio behind the much-loved show, began looking for a home beyond NBC following the cancelation. Amazingly, it was Roku who stepped up to the plate. Hulu ("The Mindy Project") and Netflix ("Lucifer") have been known to shave shows in the past. But Roku is primarily known for making devices that people use to stream stuff from the likes of Hulu and Netflix, not as a destination for desirable original content.

However, the Roku Channel launched in 2017 and has become a quiet force. It boasts some 40,000 on-demand titles and roughly 200 "live" channels. Roku made quite the splash in the original content game when the company acquired the entire library of originals from the great failure that was Quibi. This to say, Roku clearly wants to compete with the big dogs on some level.

Winsberg is set to write and produce "Zoey's Extraordinary Christmas." No release date has been set but look for it this holiday season.

Read this next: 'Zoey's Extraordinary Playlist' Will Play On With A TV Movie On The Roku Channel