"Why the Truth Isn’t What You Think It Is" 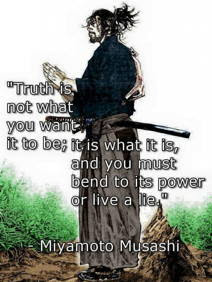 "Why the Truth Isn’t What You Think It Is"
by Zat Rana
"I have a sacred relationship with sound. When certain types of music find their groove, I fall into a trance: My right foot taps into the rhythm, a smile carves across my face, my head begins to nod, and my eyes, at first, grow wide as they take in the surrounding imagery and then, at last, let themselves drop as the vibrations move through my body.
There is a certain completeness that I experience when this happens. For one, the subject-object dichotomy appears for what it is: a delicate creation of either the mind or the body. I cease to exist as a separate entity in my environment, shooting beyond my day to day self-centeredness, as I shine a light on the invisible threads that connect me to the world. On the other hand, this same subject-object dichotomy appears even more pronounced, highlighting the strange contradiction inherent in everything that I, otherwise, think of as true and beautiful.
I’ve long wondered why I respond differently to sound than I do words or visuals. To be sure, it’s not that reading a book or looking at a painting can’t evoke a similar experience. They can, and they do. It’s just that the depth of consciousness that I reach when I lose myself in music extends into a state of mind beyond the flow that I encounter in words and images.
There is, naturally, the fear, as I write this, that I’m being overly romantic, that my description of how I make sense of my relationship to music is more a post-event rationalization than it is an accurate encapsulation of what truly happens, but let’s play the game anyway. Let’s see where it takes us.
As a kid, if you had given me a math or a science test, that test would have been returned to you not too long after, all the questions completed as they should. If, on the other hand, you had asked me to create something, I would have failed; not only due to incompetence but also because I wouldn’t have tried. That’s not who I was.
To illustrate the difference, think about how a conscious experience works. In any moment, you, as a subject, will focus your attention on a particular part of reality, where there are various distinct objects in front of you. When doing a math test, you may objectify a triangle, a few numbers, and a question. On a creative assignment, you may instead have a pen and a blank paper.
Now, when it comes to the math test, all the information is already there. You just need to use your existing knowledge to connect those objects in a way that creates a certain answer. There is something that is clearly right; there is something that is clearly wrong. On a creative assignment, only some of the information is there, but you still have to use your existing knowledge to connect those objects, and this creates an important distinction: The lack of information means that there is no certain answer.
My thinking for most of my youth was logic-heavy. If I had a clear question with rigid boundaries to confine it, then finding a solution to anything was never a problem. As long as I knew what I was looking for, I could make sense of the objects in front of me, and I could connect them in a way that would lead to my preferred destination.
This love of certainty, however, did come at a cost. Much of my incompetence with creative tasks was borne from an identity that didn’t think of itself as creative because it couldn’t find a clear answer on the blank page. And when it couldn’t find a clear answer, it told itself that there was no truth there and that it wasn’t even worth looking.
My mistake was to see creativity as nothing more than a game, a kind of play, one that I didn’t need. Of course, play it is, but associating the lack of certainty that is inherent in any artistic creation with a lack of truth-value ignores the uncertain nature of reality, a reality in which what is most true is fluid and dynamic, a reality that transcends pure logic. As I’ve gotten older and more comfortable with this uncertainty, I have walked towards it, letting it pull me away, embracing its inconsistencies  -  one step at a time, one moment at a time.
In mathematics, a fractal is an object with a recursive, geometric pattern that repeats itself across different scales and sizes. No matter how far you zoom in or how far you zoom out, the pattern remains the same. In nature, for example, we see this kind of complexity in snowflakes, seashells, and lightning bolts.
A year ago, on a late night in the company of friends, lost in the sound of the classical music of Bach (which we are usually not in the habit of playing around each other), I was struck by a particularly strong intuition. At that moment, I was so moved by the sound around me that I couldn’t help but feel that that man had tapped into a rhythm of the universe that was as true to reality as the laws of physics.
For months, I didn’t think much of this intuition beyond appreciating its sentimental value. But then something else struck me: What if there are fractals embedded in music that make it what it is? Sure enough, a quick search returned studies by others who had had similar thoughts, indeed finding elementary hints of them in Bach’s music. Benoit Mandelbrot, the man who coined the term fractal, was sure that music in general carried them, hiding in patterns we have yet to decipher. 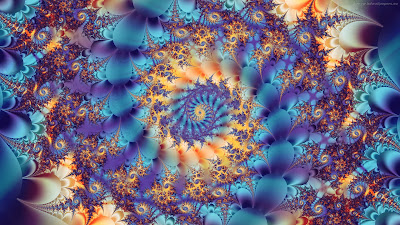 Click image for larger size.
A famous, old quote by the pre-Socratic philosopher Heraclitus says: “No man ever steps in the same river twice, for it’s not the same river and he’s not the same man.” In other words, we live in a universe of change: matter changes, the mind changes, and the interaction between them changes.
This change is neither predictable, nor consistent. Parts of reality, those that abide by the laws of physics, have a mathematical harmony that we can trust, but as soon as you mix in observers with subjective experiences, this trust, at least in the broader context, gets clouded away by uncertainty.
Living with uncertainty, then, brings forth a question: What do we do about truth? If we can’t be sure that there is ever anything fixed and concrete to hold onto, no foundation other than the simplicity of change and impermanence, is there any hope we might capture some aspect of what could be considered eternally true beyond the confines of a systematic, logical framework  -  something not bound by specific questions and answers?
One response, perhaps, is that if we move away from the reduction of reality created in our conscious experience by the language we use to divide and conquer our surroundings, we can aspire toward more complete knowledge.
If we understand change for what it is, there is a way to see that uncertainty isn’t the absence of truth but a component of it. When change is viewed as a non-divisible process that doesn’t stop so that we can measure it here and then there  -  that it can’t be captured in words and formulas - there is a way see how every moment is both consistent and contradictory, a part and a whole, bounded and boundless  - everything and nothing.
Growing up, I didn’t see that. My mind worked to uncover the consistencies, the parts, and the things that are bounded, but it completely missed the other side. It wasn’t until I started thinking outside of that box, pursuing more creative thoughts and activities, that I was able to complement my limited understanding with everything that I was missing  -  like the contradictions, the wholes, and the boundlessness. The truth is both logical and creative at the same time, and this tension is at the core of what it means to exist, and it’s responsible for creating every other dichotomy that we find ourselves being pulled between.
One thing to note about fractals is that their abstract mathematical existence differs from how they appear in nature. In our mind, captured in symbols, they are infinite. Whereas in the natural world, they are not. Even if music exists on some hypothetical plane of logic, the world of matter doesn’t fully correspond to it, disturbing its sense of flawlessness.
There is, however, something about music that attaches it to the truth, and this something is precisely the fact that it isn’t infinite as a fractal. It combines both the perfection of logic and the imperfection of creativity when it manifests in reality, and it uses that combination to overload our senses with an experience that is larger than both the order and the chaos, without taking away their unique essences.
As I think this through, I suspect that my own connection to sound is a bias of my body, or perhaps even a bias of our technologies, as once we set music in motion, we can easily augment its effect by manipulating it so that it hits harder than the words and the stories on paper or the visuals and paintings on canvases. We have more control over how and where we interact with it.
The point, nonetheless, is that art in general does something that we typically and mistakenly credit science with: It lets us peer beyond appearances and see the truth of our existence. Science, contrary to popular belief, isn’t about truth; it’s about utility: about what works in this world, with a certain degree of confidence, where one thing is wrong and another one is right. It does, of course, capture some truth, but not all of it.
Good art, on the other hand, isn’t just merely creative. It, too, has a partial system of logic tied to it, where some degree of rightness and wrongness is distinguished. This logical edifice, however, is also peppered with contradictions, wholes, and boundlessness  -  things that balance the order of what we understand in fixed and concrete terms.
As someone who until a few years ago had an aversion to the word spiritual, I don’t feel qualified to claim alliance to a particular source of absolute truth, nor do I feel complete certainty about what it even is. But what I do know is that if art has any real purpose beyond its role as an outlet of expression and connection, it’s to mimic the dance of reality. The great books, albums, paintings, and other mediums of ingenuity condense the mystery of the universe into a form of vitality, one that not only shares a message but also moves you to really see the world.
In one way or another, we are all looking for a connection to something that transcends the impermanence of change. The only way there, however, is to latch on to the thing that best embodies change itself."
- https://medium.com/
Back to Feed
Use left/right arrows to navigate the slideshow or swipe left/right if using a mobile device