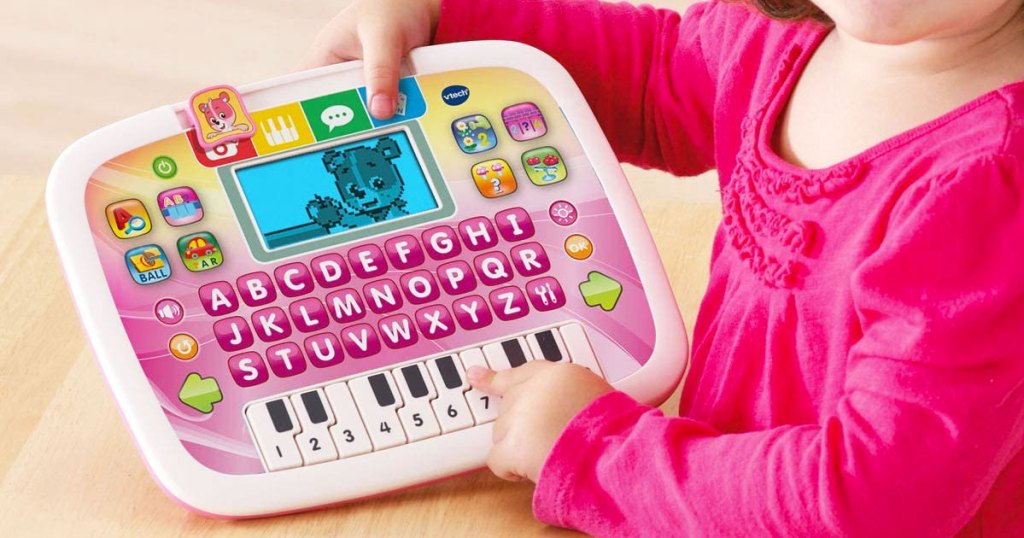 Walmart has fun deals for little ones!

Click on over to Walmart.com where they are offering this VTech Little Apps Tablet for just $10.90 (regularly $17.99)!

This seems like a nice deal as the same tablet is priced at $11.81 on Amazon, where it has over 8,000 five-star reviews!

This tablet encourages kiddos to play as they learn along with Cody The Smart Cub featuring vivid animations, sound effects, and a color-changing screen! Kiddos can learn numbers, counting, words, letters, basic math, and more through 4 fun learning games and 8 learning activities with progressive levels. Plus, they can even rock out using the built-in piano keyboard! 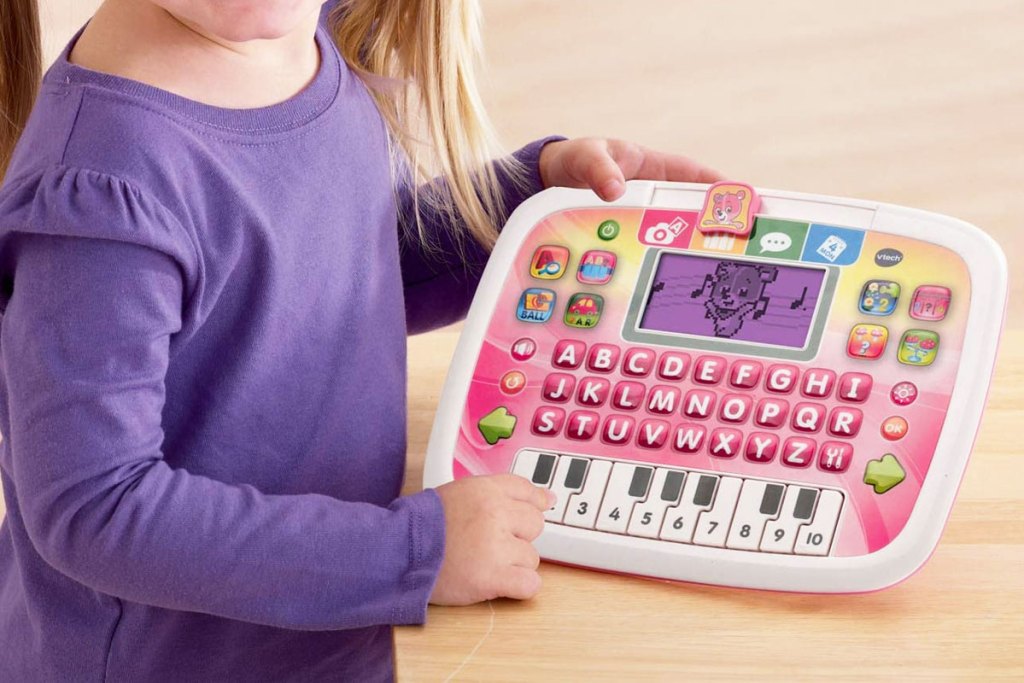 This tablet also has a pretend camera, A-Z keyboard, and a calendar, plus parent-friendly features like volume control and automatic shut-off, to help keep the house quiet!

Thinking it over? Check out a few of these ⭐️⭐️⭐️⭐️⭐️ reviews…

We have had several VTech Little Apps Tablets. Initially, we received it for my two-year-old as a gift and he fell in love. At first, it began with just poking buttons and moving the little tab but it grew into a wonderful experience for him. He learned so much that it is unbelievable. Scout (the main character) in the tablet taught him to count, letters, numbers, shapes, and so much more. He would surprise us all the time with what he learned.

After he had it for six months, he dumped a glass of milk on it and we immediately replaced it. Now my second child who is 1 1/2 has taken interest in little phones, tiny tablets, and all of his older brothers’ toys that make noise. I have ordered him a new VTech Tablet and am so happy that he gets to explore the world of wonder that this brother so adored. This is a wonderful tablet. It is full of adventure and learning.

This little tablet was gifted to my daughter at 14 months- well below the suggested age range, as she couldn’t really play any of the games or navigate how it tells you to, but she was obsessed with the ability to change the colors, and the piano function, and the noises it makes as you press various keys. She would spend hours with it and it would come everywhere with us. She is now 26 months old, and her original one broke (I think liquid got spilled onto the screen- it only turns on occasionally) and she was heartbroken!

So, this is the replacement and she loves it just the same. Now that she is older, she seems to be paying more attention to the words the adorable little bear says and can adjust volume, colors, and even seems to play a few of the games. She carries it everywhere! I like that the sounds and music are not annoying, so that even if she’s playing with it next to me or in the car I’m not being driven insane, and she’s happily entertained. Highly recommend this toy!

Walmart+ members score free shipping with no minimum on most orders! Otherwise, choose free in-store pick up if available near you, or you can snag free next day shipping on any eligible $35+ order. Or pay $5.99 for shipping for orders under $35.

!doctype>
Back to Feed
Use left/right arrows to navigate the slideshow or swipe left/right if using a mobile device