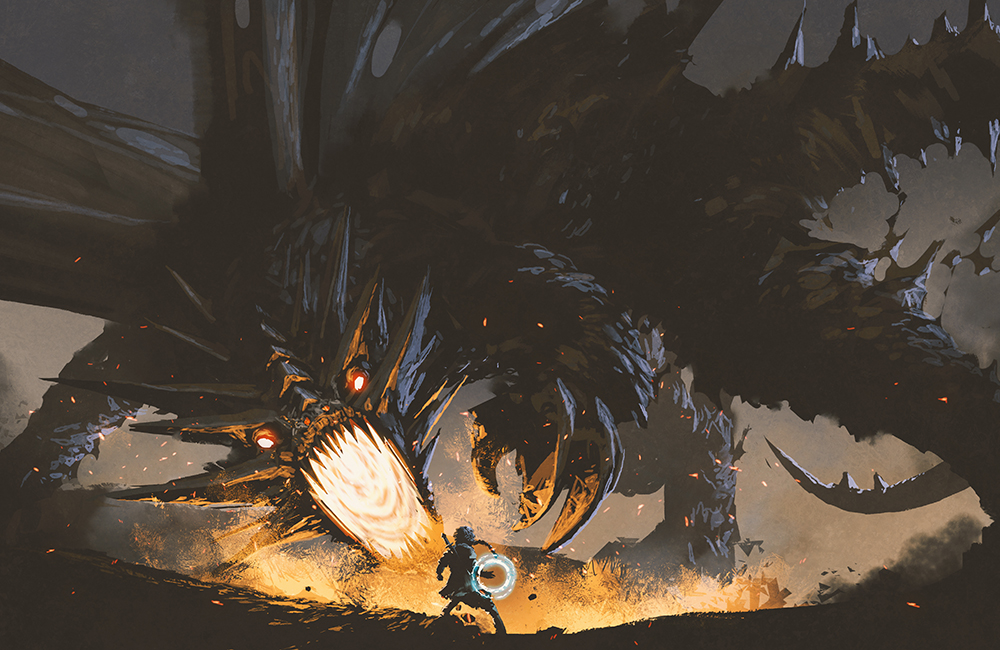 Survive this and anything is yours.

Combat in many rpgs follows the D&D model: use dice rolls to add random chance, apply modifiers and compare to adversarial target numbers. Damage is assessed. The first one to lose their hit points falls over.

It’s pretty straightforward — and a lot of fun in itself. It is the “game” aspect of roleplaying games, and it’s stood the test of time as a workable, if abstract way, to represent combat encounters.

Now, the math in most games favors the players. There is some uncertainty in the outcome, but mostly, it’s Players 1, Monsters 0, at the end of the session.

Yet, some players desire some sort of narrative consequences for their characters’ actions in combat beyond the winning and losing.

That begs the question: Is there a way to graft a simple subsystem onto standard D&D-style combats that satisfies this other desire for character growth stemming from combat?

Let’s start with the premise there are three ways in which characters grow:

Before the start of a session, each player devotes a single chit to one of the three aspects of character growth. This is their investment in that aspect of their character in the coming session.

If the character suffered (such as taking damage, losing an ability, becoming sick) in the course of taking an heroic action, then mark the Internal Well-Being category. (Damage taken from surprise, rashness, or foolishness shouldn’t count).

If the character helped or assisted another member of the group in a meaningful way during combat, then mark the Inner Circle category.

If the character dealt damage to an adversary or demonstrated through magic or talents some other combat acumen, then mark the Broader category.

If the chit and tally correspond, then add a +1 to the category’s score.

What the +1 gain means to the character is left to the individual player. Between sessions, let them contemplate how a +1 boon from that category might be applied during the next game play. Once the player and the GM agree, broadly, on the circumstances, the +1 can be applied once to a d20 roll in applicable circumstances in the subsequent session.

As the campaign progresses, the bonus could increase. Or a player might choose another category in which to excel.

Yes, this subsystem is meant to be a little loose and freeform.  It places trust in the characters to use the boons on situations and circumstances that demonstrate character growth. And it relies on players — who like this sort of thing — to be creative and thoughtful in how the system could be applied to their character — and to roleplay those moments accordingly.