The Daily Stream: Foundation Is A Heady, Gorgeous Sci-Fi Series That Imagines Science As The Savior 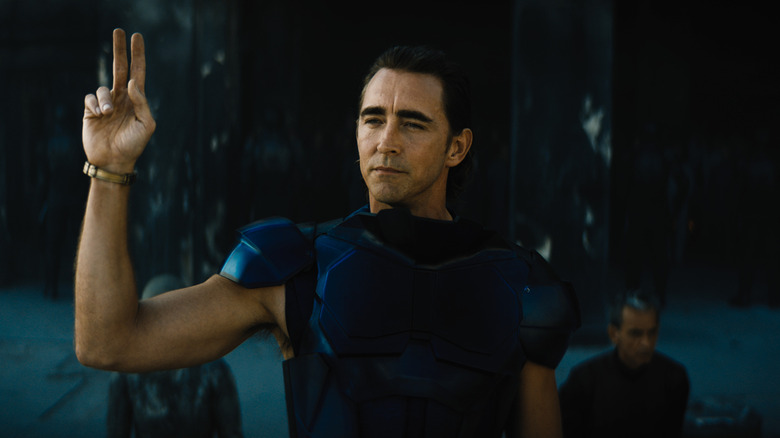 (Welcome to The Daily Stream, an ongoing series in which the /Film team shares what they've been watching, why it's worth checking out, and where you can stream it.)

Where You Can Stream It: Apple TV+

The Pitch: Humanity has spread out across the stars, living under a somewhat benevolent Galactic Empire, which has brought prosperity and stability to hundreds planets across the galaxy. But it's a ticking time bomb. Mathematician Hari Seldon (Jared Harris) has predicted that the Galactic Empire will fall, and that it will be followed by a dark age that lasts thousands of years. Unless they act now.

Based on the seminal sci-fi novel by Isaac Asimov, "Foundation" tells a multi-generation story across several decades about the collapse of empire and the people who are working to stop it. As written by Asimov, who was inspired by Edward Gibbon's "The History of the Decline and Fall of the Roman Empire," "Foundation" is more a cautionary tale than an action-packed sci-fi saga — one that is wholly unsuited to any kind of screen adaptation. But as adapted by David S. Goyer and Josh Friedman for Apple TV+, "Foundation" is a stunning achievement of sci-fi storytelling that doubles as a deft climate change allegory. And in, a sense, it's wish fulfillment — it's a series in which the scientist is the hero and science (or math) is the one thing that can save us all.

Why It's Essential Viewing 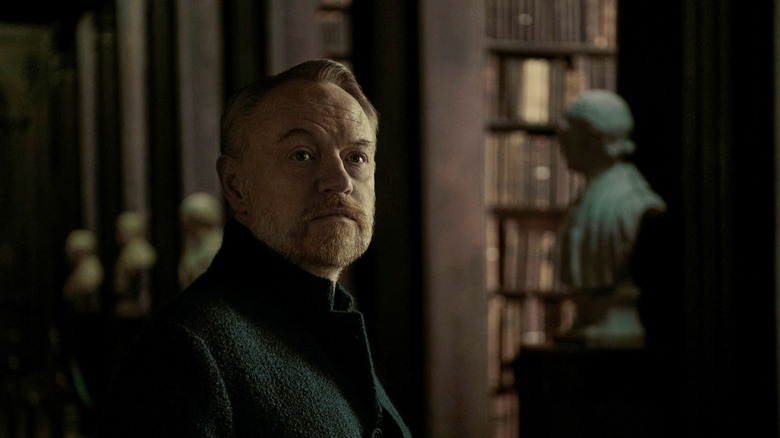 A floodgate broke open with HBO's "Game of Thrones," which proved there was an audience for high fantasy and high-concept genre TV, even amongst the people who previously turned their nose up at the thought of dragons. And since the show went off the air, every network and their mother has been trying to find a replacement. At first blush, it seems like "Foundation" is one of those many "Game of Thrones" wannabes, and one of the many that are destined to fail. Apple TV+ poured serious money into the series, but a show that tries to adapt the "unadaptable" Asimov book and doesn't even have a main character seems doomed from the start. And yet, "Foundation" succeeds because it does what "Game of Thrones" dared not — it lets the material speak for itself. And by the material, I mean the math and science of it all.

Allow me to briefly call your attention to the best "Godzilla" movie, "Shin Godzilla," a film that is less about the giant reptilian mutant in the title, but more about the bureaucrats, researchers, and scientists who have to move an extremely lethargic government to action, or else let their city be destroyed. "Foundation" operates under similar principles, but with a less optimistic (and honestly, sadly realistic) approach: what if the scientist, or mathematician, holds the answers to saving humanity.

The climate change allegory is apparent. We're all heading to certain doom, and despite how loudly and desperately the scientists plea for us to change our ways, we stop our ears and refuse — possibly dooming all the future generations. In "Foundation," we get to see that doom unfold across the decades, as corruption and ignorance slowly poison even the most bountiful of empires — embodied by Lee Pace's swaggering, sinister clone ruler, Cleon. But the science-fiction conceit of this is that a mathematician developed a formula that can predict the behaviors of people across the millennia, and actually jumps to action to do something about it. He creates and organization, some might say a cult, to embed themselves at the end of the galaxy and conserve what they can of civilization. It's a fanciful thought, and it's gloriously executed in "Foundation."

A Huge Scope, And Visuals To Match 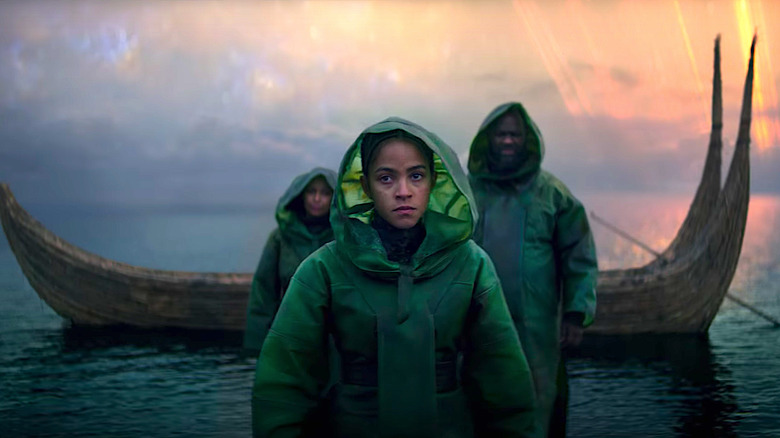 Skipping lightly across the decades and across planets, "Foundation" never feels kneecapped by its huge scope, but emboldened by it. It takes the "Game of Thrones" structure of following several groups of characters across interweaving plotlines (and in the case of "Foundation," timelines) and ups the stakes and the pulpy action, but it remains true to its resolve to uphold science and math as the hope for humanity's salvation. While sometimes its grand scope can slow the momentum of "Foundation" to a sluggish pace, it rarely gets bogged down by the dreaded exposition that many a genre show falls victim to.

And even when its plot becomes so enigmatic as to seem opaque, "Foundation" is a joy to watch simply by virtue of how gorgeous it looks. Apple TV+ paid money for this, and it shows, with wintry planets with skies full of northern lights, or sweeping barren tundras, or beautiful palisades filled with golden spires. It can't be overstated how incredible "Foundation" looks, and how it brings an austerity to this empire that will inevitably fall. Could we look to it as an omen of our future, or perhaps a hopeful vision of it? Who knows, but at least we can be grateful that this dense, weird, twisty sci-fi series exists.

Read this next: The Daily Stream: John Carpenter Does A Lot With A Little In Prince Of Darkness

The post The Daily Stream: Foundation is a Heady, Gorgeous Sci-Fi Series That Imagines Science as the Savior appeared first on /Film.