The Best Board Games for Kids, From Toddlers To Teens

With each new study that comes out about the negative effects of screen time, parents are forced to endure the deep guilt of using screens to give themselves time to work, maintain a home and keep their kids entertained while also carving out some time for themselves (gasp!). Throw in the increasing demands of schoolwork and it’s no wonder that kids and parents are feeling burnt out. That’s why when it’s time for kids to turn off their phones and tablets and be with friends or family, board games for kids continue to be one of the best ways to connect, learn social skills, improve their understanding of language and mathematics, and in some cases just relax and have fun.

Board games continue to offer several benefits both for kids and adults. For adults, board games can be ice breakers and create bonding moments with friends and family, while also entertaining large groups indoors and outdoors. Kids receive several of the same benefits, whether they are working on their fine motor skills, improving their understanding of counting and money, or learning new words and phrases to help expand their vocabulary. Board games can be enjoyed at home or while traveling and offer a low-cost form of entertainment that never runs out of batteries.

Board games for kids can start as early as toddlerhood and be enjoyed into the teen years. We’ve included a wide age range of games on our list, including several that can be played by friends and siblings of different ages.

Board games can get a bad rap as a boring way to spend a few hours with your parents, but kids will love the hilarious Kids Against Humanity card game. There’s toilet humor and innuendos, but they’re age-appropriate and fun for the whole family. Plus, anyone who lives with children knows that poop already takes up 50 percent of all conversations. Fun for kids to play with their parents or each other, the game features 600 question and answer cards that let players make up hilarious responses. One player decides who has the best answer and the player with the most wins is crowned the biggest wiener. Yeah, we play a lot. 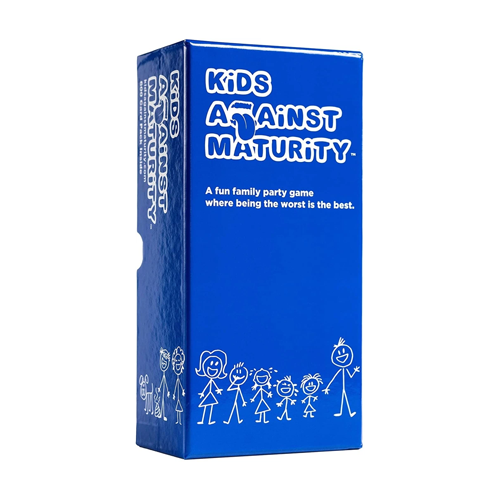 2. The Floor is Lava

Game night doesn’t have to mean getting kids to sit still for hours on end. With the new board game, The Floor Is Lava, players set up ‘safety stones’ and must jump from stone to stone during their turn, while avoiding the ‘lava.’ The stones are made with slip-resistant foam to create a game that little kids and adults will enjoy. Designed for two to six players, The Floor Is Lava is perfect for game nights, playdates, and birthday parties. 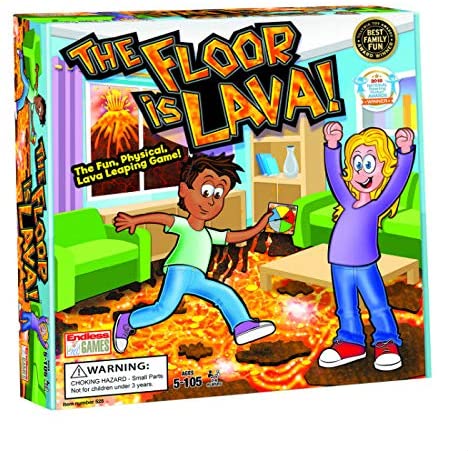 3. What Do You Meme? Family Edition

FOR KIDS WHO LOVE SOCIAL MEDIA

If you’ve played What Do You Meme?, have no fear. The Family Edition brings all the hilarity of the original without the adult-only topics. Similar to Kids Against Humanity, What Do You Meme? tests players’ creativity by having them match a meme to a photo. Whoever has the funniest pairing wins the round, with a deciding judge having the final call. Designed for kids ages 8 and up and for three or more players, the deck features 300 caption cards and 65 pictures for hours of entertainment. Memes with no screens? It can be done. 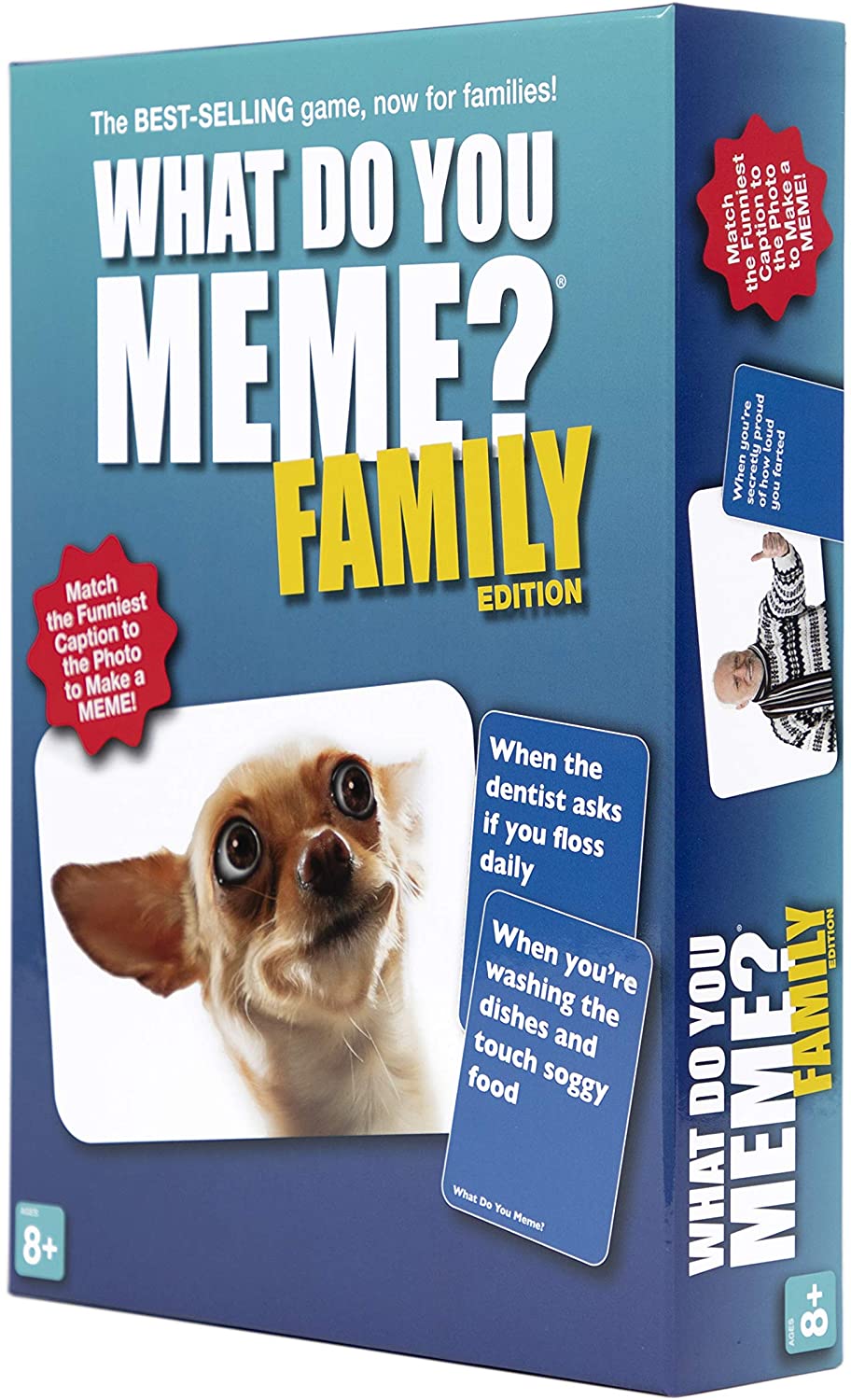 That’s right, UNO is still a hit with kids. The hugely popular card game has been improved upon since parent’s younger years and now can be played with a random card shooter that adds an unpredictable element to the family favorite game. The card shooter, which actually shoots cards and makes noise, fires off an exclusive ‘Attack!’ card that can change any hand. The special edition includes a traditional UNO card pack, giving parents the chance to be just a competitive with their kids as they were in their youth. 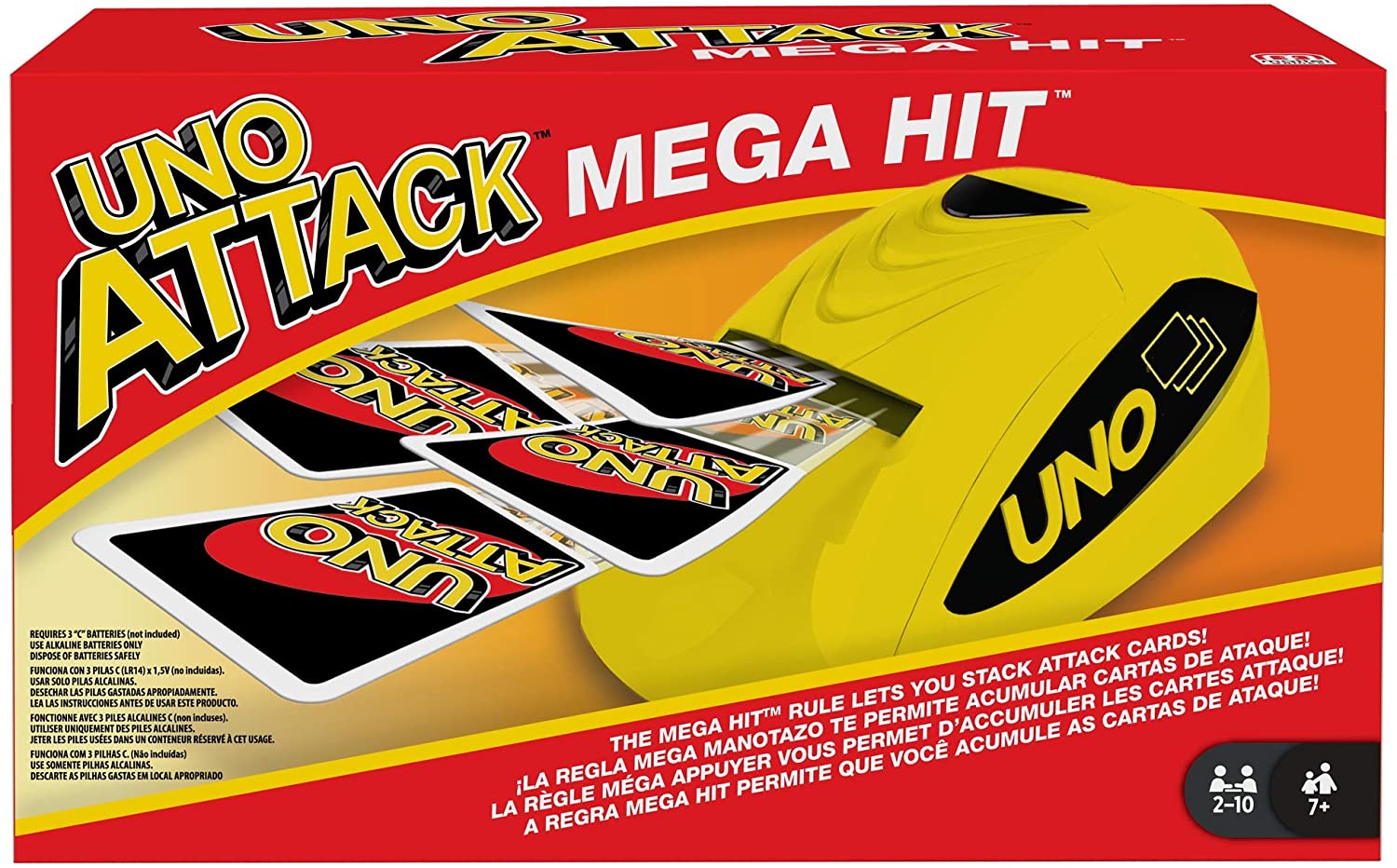 Like UNO, Chutes and Ladders continues to be a favorite among kids thanks to its timeless design and easy-to-follow structure. A great option for toddlers who aren’t able to read as they can still follow the brightly colored board to move up the ladder and down the chutes. Designed for ages three and up, this Chutes and Ladders features kid-friendly graphics and helps little ones practice their number recognition and counting skills. 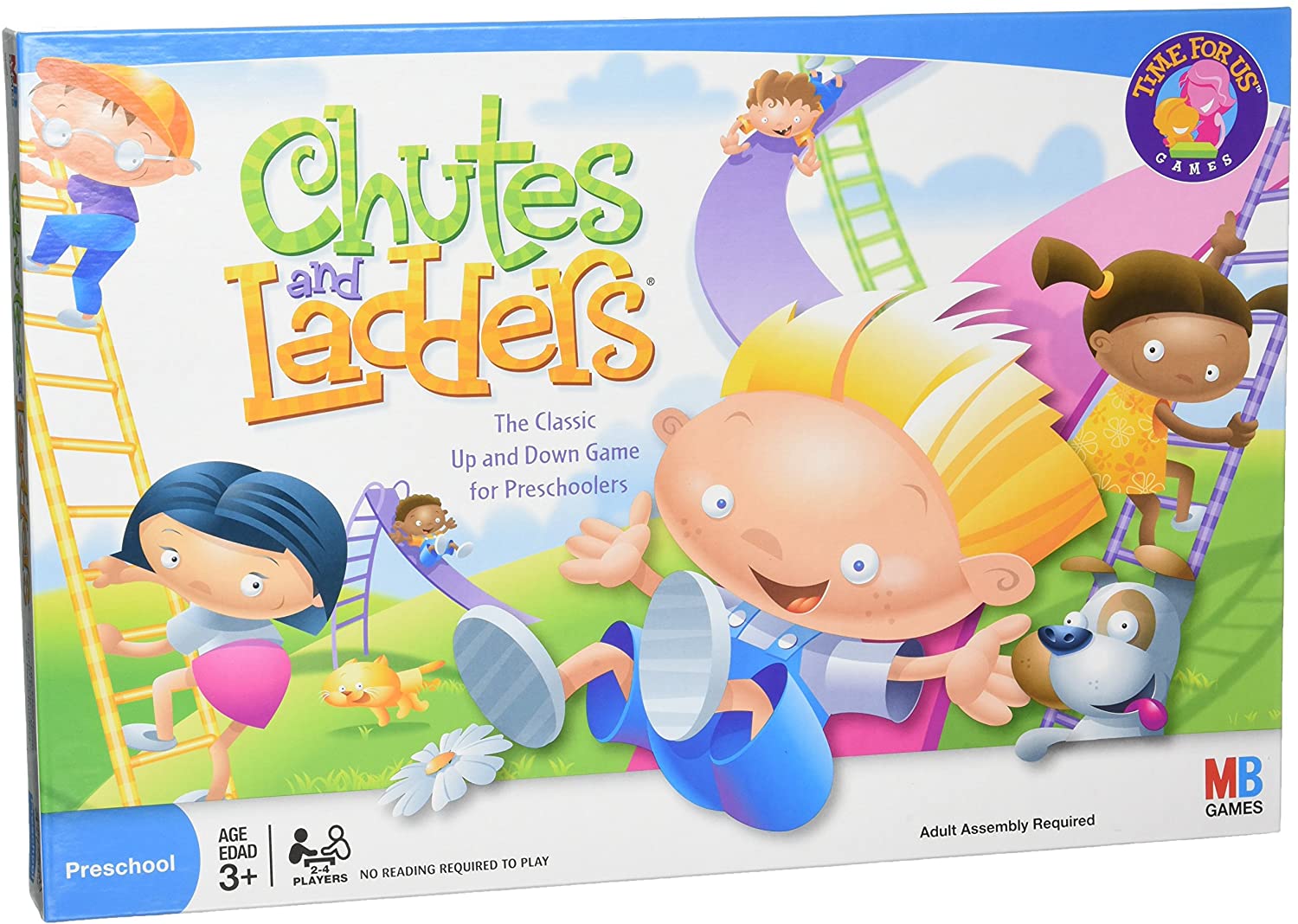 Are darts a sport or a board game? You’ll likely get a different answer depending on who you ask, but one thing we know for sure is that kids will enjoy playing with the magnetic board and dart combo from Stomp Rocket. A great option for indoors or outdoors, the family-friendly dart game promotes hand-eye coordination and helps kids practice their math skills. SPY received a sample of the Magne-Dart board and we were impressed by its solid construction, which makes it fun for both kids and adults. Plus, there’s no fear of erratic dart injuries. 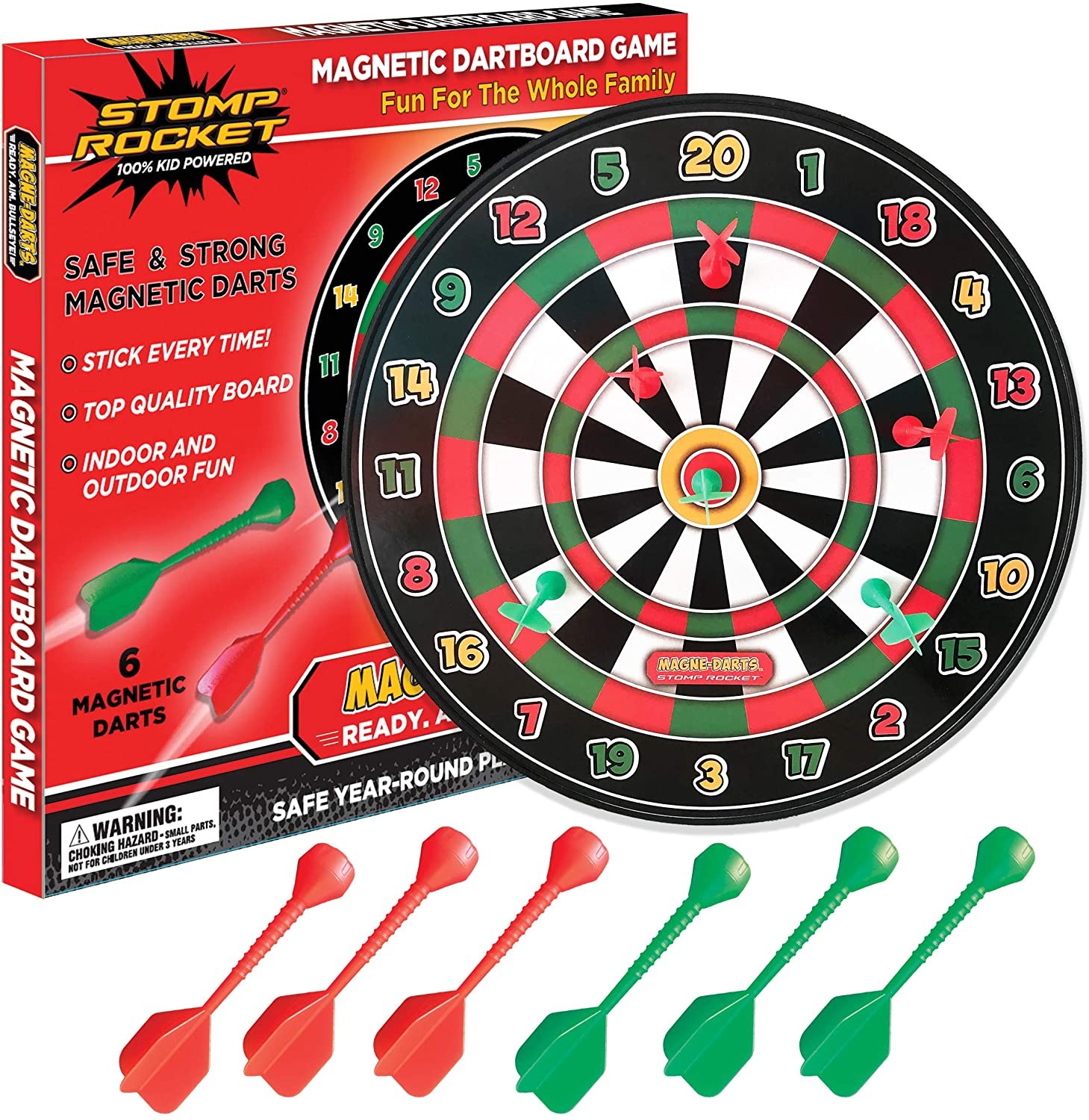 For little learners who are still practicing their fine motor skills, we recommend the Sneaky, Snacky Squirrel Game. Preschoolers will have fun helping their forest friends find food by sorting the color-coded acorns. Players will spin the color-coded board and match the acorn to the tree stump by using plastic tweezers to move the pieces. Parents will like that the game encourages matching and fine motor skills, while little learners will have fun with a board game that doesn’t require reading. 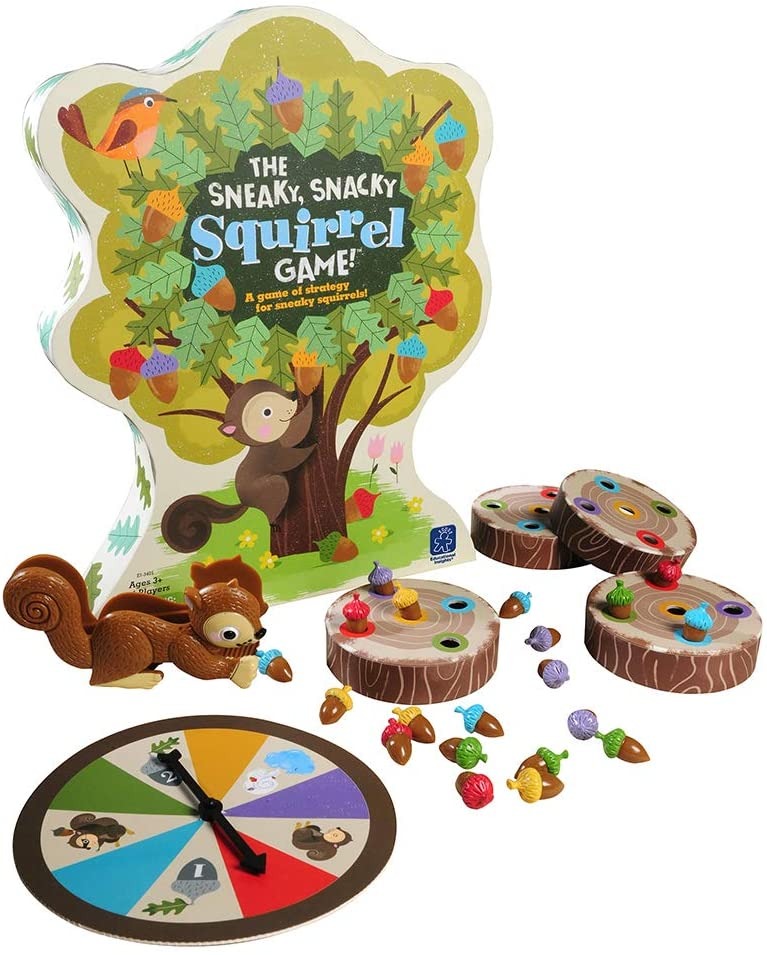 BEST FOR BABIES AND TODDLERS

Are there baby-friendly board games? ThinkFun Roll and Play is about as close as it gets. The game includes a large, soft cube with bright and bold colors. Players roll the cube and find a card that matches the corresponding color. Kids then have to follow the graphics on the card, which including making animal sounds, expressing emotions, acting out movements and counting. Younger siblings who aren’t quite ready to follow the cards can still participate by rolling the cube for older players. 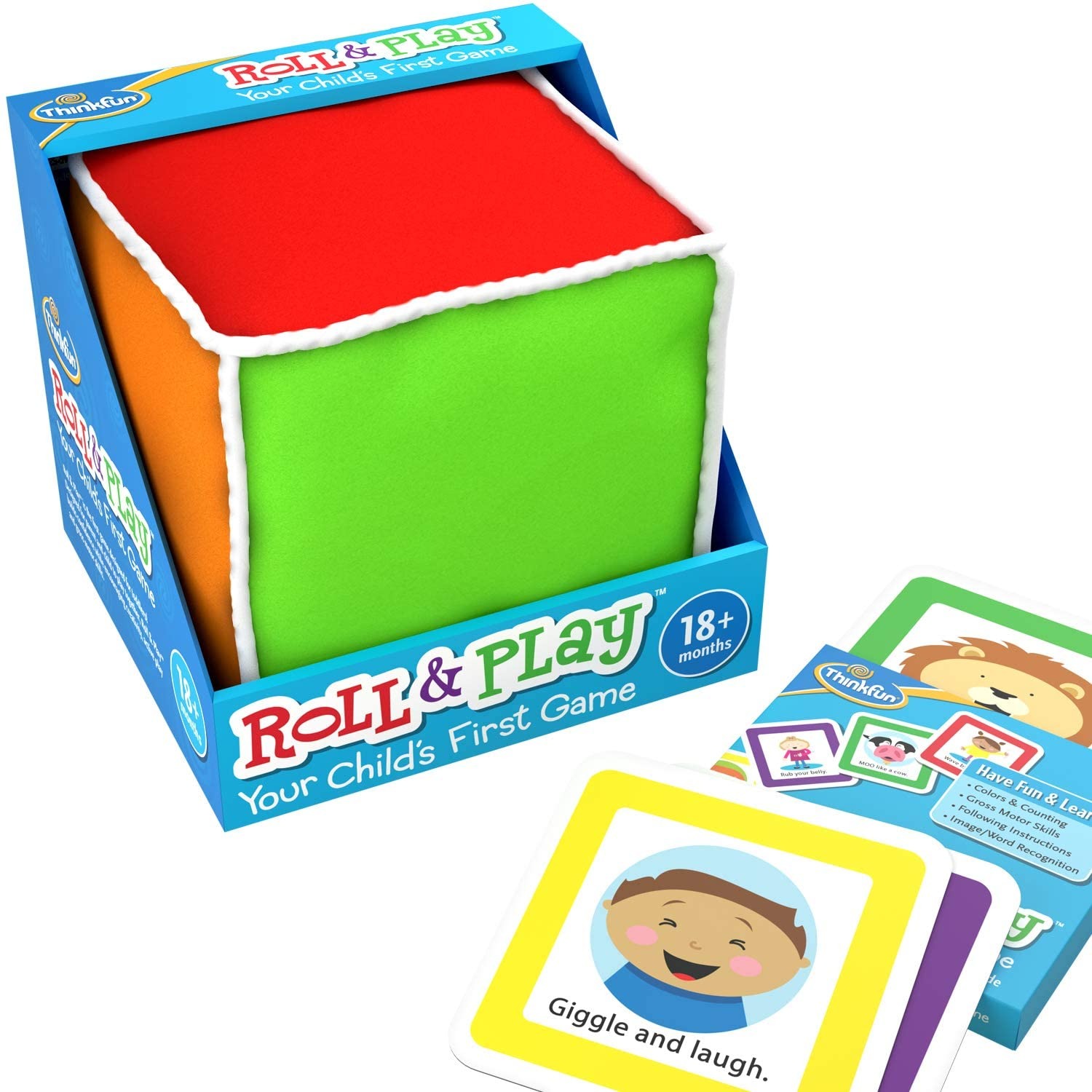 Monopoly has been around for over 100 years and for good reason. The beloved board game continues to be one of the best ways to help kids understand money, from buying properties to losing it all when they land on bankruptcy. There is no shortage of special edition Monopoly boards, from TV and movie-themed editions to an extended Monopoly game (clear your schedule), but we like Monopoly Jr. for kids who are just learning about the emotional rollercoaster that comes with landing a ‘Get out of Jail Free’ card. 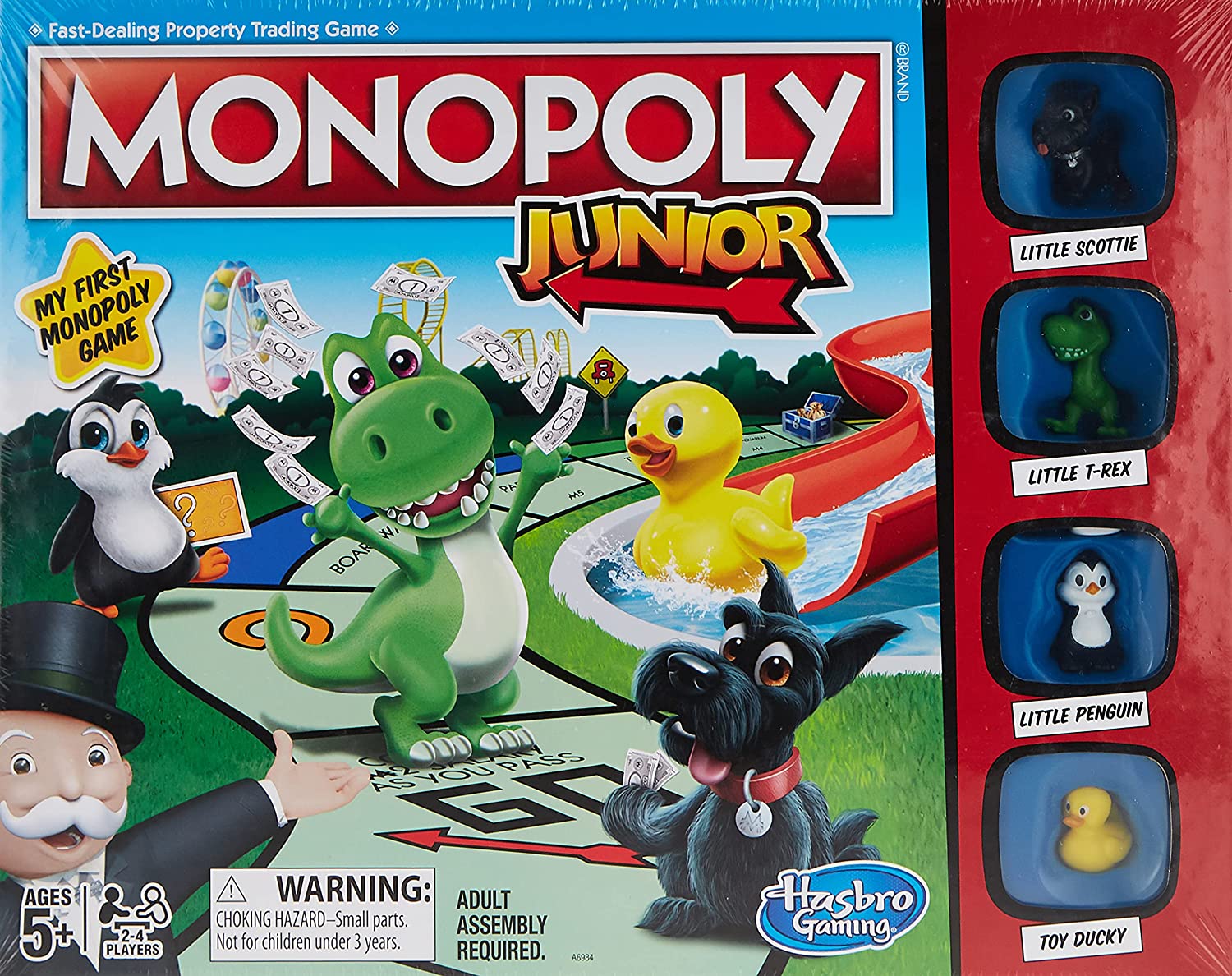 The Bluffaneer Dice Game teaches kids the fine skill of bluffing, but only when it comes to games (kids, don’t use these tactics when your parents asked if you did your homework). The dice game requires strategy and planning by players who are all on the same mission — get the gold and share with no one. SPY received a copy of the Bluffaneer Dice Game and we liked that its mature graphics are cool enough to entice older kids to play, while still featuring messaging that is kid-appropriate. 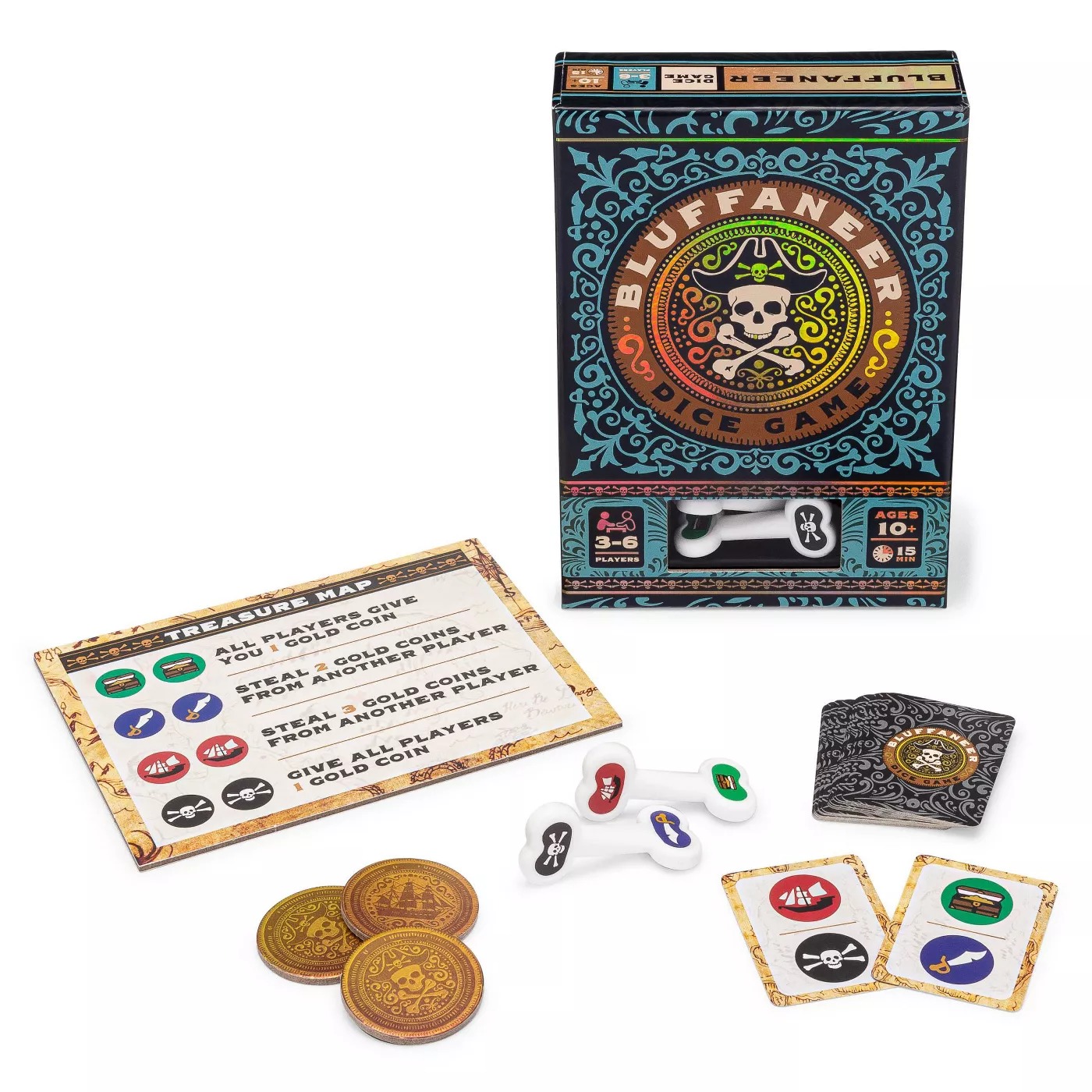