Any time math practice can be disguised as a game, it’s a win! These Number Facts Grid Games can be used to reinforce number sense and basic math facts in a simple and fun way. Plus, it can be easily adapted for play at any age!

Playing will enhance students’ understanding of arrays, square numbers, and fact families, in addition to providing practice with basic facts, making it a great supplement to any kind of math lesson or practice.

Even better, it requires few materials and can be paused and resumed at any time. In the classroom, this is a great game for “fast finishers!”

PLUS we’ve provided a printable game pack with all four versions of the game – counting, addition, multiplication and a SUPER challenge, and I’ve included copies with both US and UK spelling (download instructions can be found at the bottom of this post).

If your looking for more great math game ideas be sure to check out this collection of nine math card games for kids. 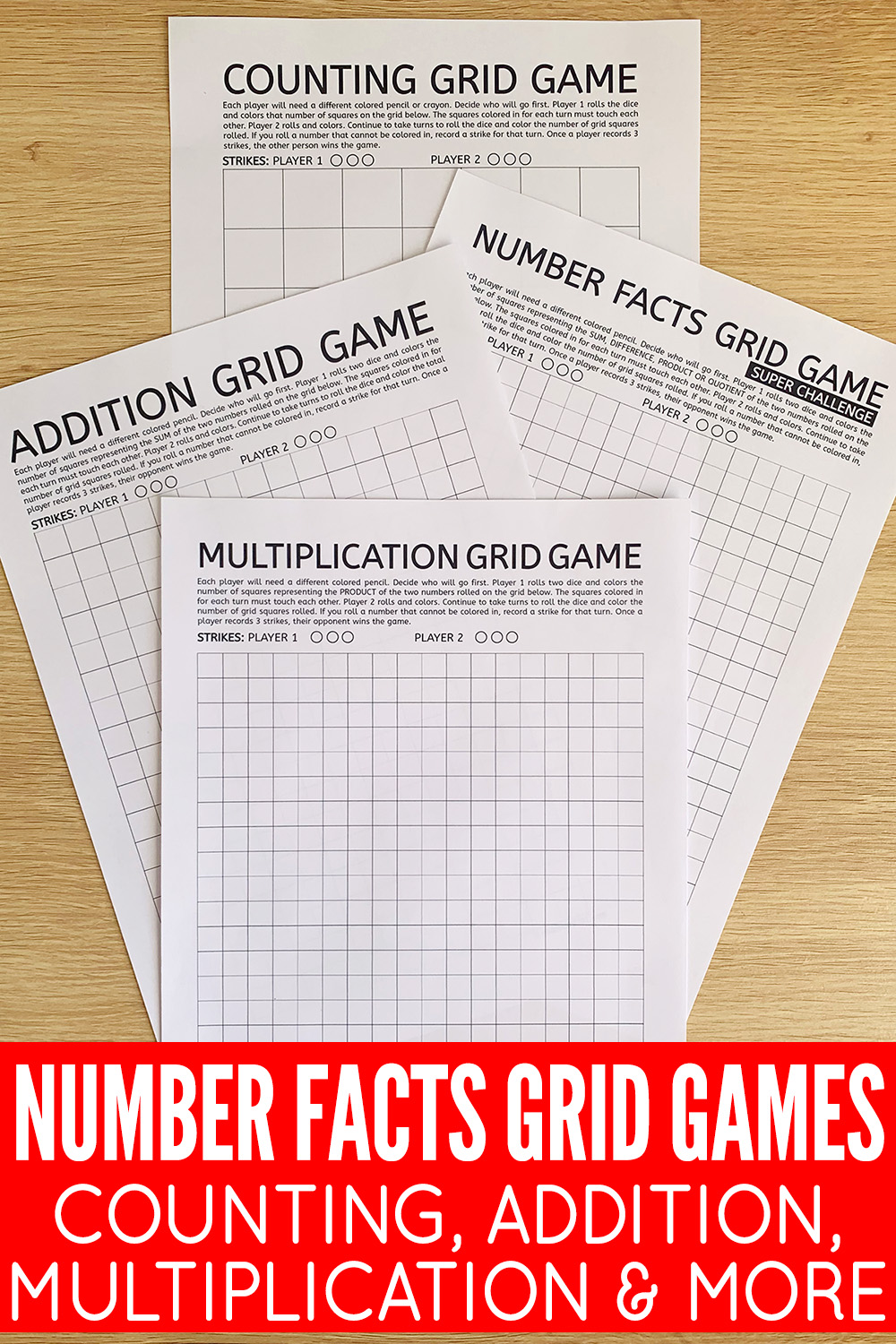 There are many ways to adjust the rules for this game to increase the challenge, particularly for older children. Here are two versions of play to get you started!

1. Set the printed Counting Grid Game sheet where both players can reach it. Each player chooses a pencil/crayon colour.

3. Player One rolls a die and colours in that number of squares anywhere on the grid paper – each square must share at least one side with another. A roll of a three, for example, means Player One would colour in three connected squares of the grid. That number could be coloured in one of several different ways – you can see examples of how three might be represented in the photo below. 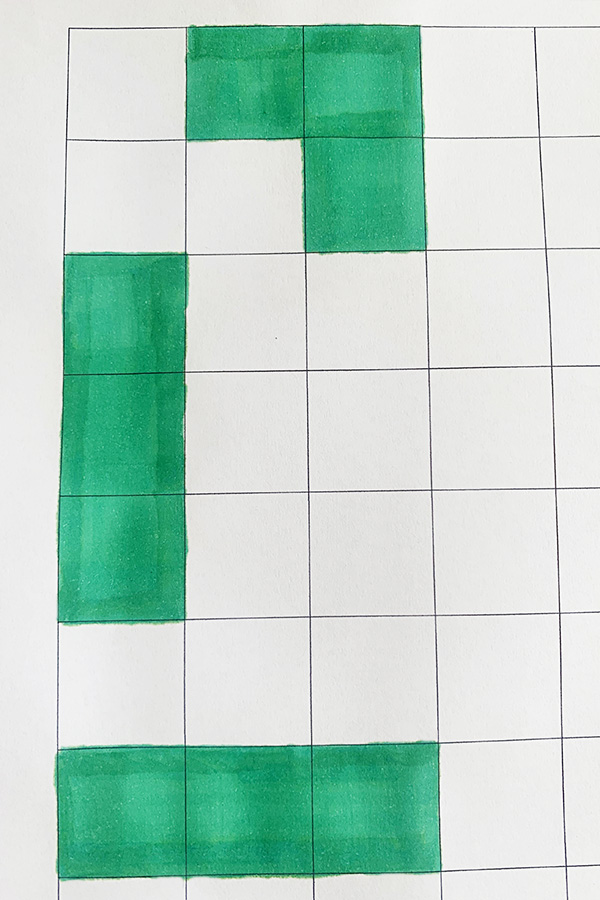 4. Next, it’s Player Two’s turn. Let’s say Player Two rolls a six. This roll gives Player Two a number of options since there are many ways the sum of six can be shown (at this point, you can see how this game reinforces that there are many ways to reach a sum) as you can see in the image below (remembering that this is just an example, when playing the actual game both students are playing, and therefore colouring, on the same grid paper sheet). 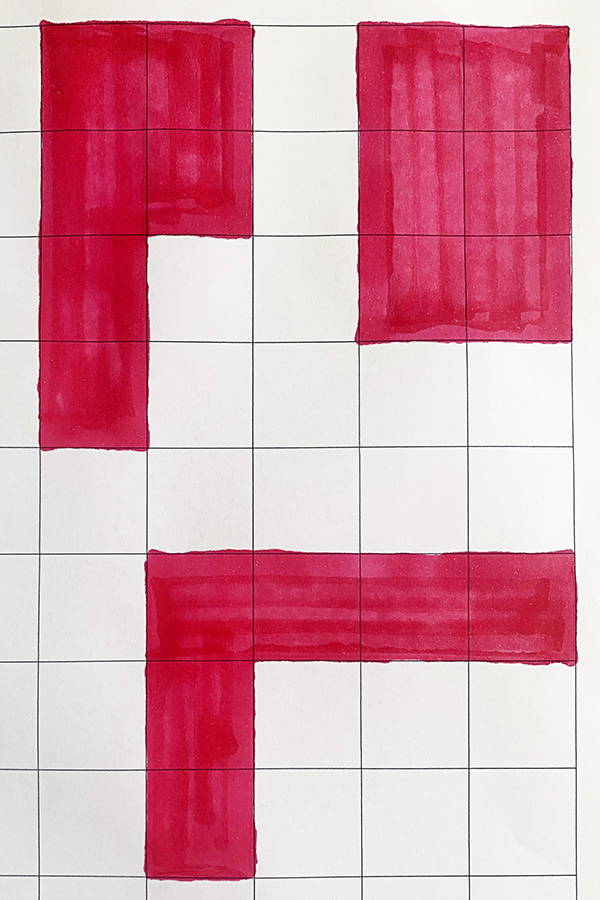 5. Play continues with players taking turns to roll and colour the number of grid squares rolled. As the page fills up, players will eventually be in the position of rolling a number that cannot be coloured in. This results in a “strike.” Each player gets three strikes, which can be tallied in the margin of the paper. When a player’s strikes run out, the other player wins the game. 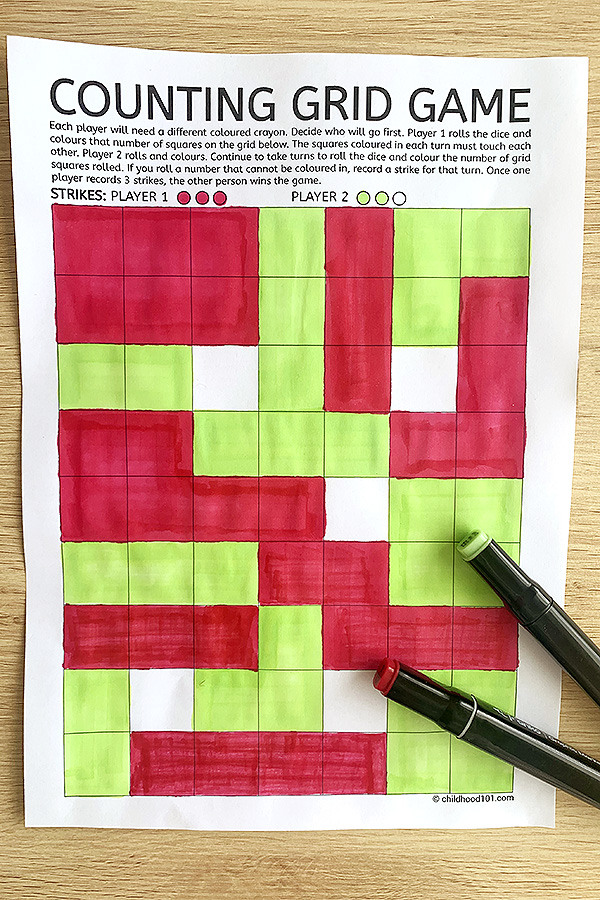 Developmentally, this may be challenging for younger children, but the act of colouring forces a child to slow down and consider different ways to make the sum.

If shading the squares is too challenging, coloured crosses, dots or stickers could be placed in the squares instead.

1. Set the printed Addition or Multiplication Grid Game sheet where both players can reach it. Each player chooses a pencil/crayon colour.

3. Addition: Player One rolls two dice and colours in the sum of the dice anywhere on the grid paper. A roll of a one and a two, for example, means Player One would colour in three squares of the grid. It could be coloured in one of several different ways.

Multiplication: The game could be played so that players colour in the product of the two numbers rolled. For example, a roll of two and four would require the player to colour in eight squares since 2 x 4 = 8.

Note: Playing with 10 sided dice will extend mathematical thinking and the need for strategy even further!

4. Next, it’s Player Two’s turn. Let’s say Player Two rolls a two and a four. This roll gives Player Two options since there are many ways the sum of six can be shown.

When it reaches this point, each player gets three strikes. This means, each player, taking turns, gets three rolls to try and reach the final sum. Tally the “strikes” in the margin of the paper. When a player strikes out, the other player wins the game.

While the game appears quite simple, almost like a game of Dots and Boxes, players will begin to realise there are strategies that improve their chances of winning. Here are a few adaptations of the rules that will result in even greater challenge and opportunities for strategizing!

How to Download & Print Your Number Facts Grid Game

Click here to download: Number Facts Math Games. Save the PDF to your computer. Open the PDF and print the pages you require. When printing, select “Fit to printable area” (or similar) to ensure the page fits with your printer type and local paper size.
Having trouble accessing or downloading the file? Please try a different internet browser.
Please note: All Childhood 101 printables are for personal use only, you may not use any part of this content for commercial purposes-that includes selling the document, giving it away to promote your business or website, or printing the file to sell. You may not share, loan or redistribute these documents. Teachers may use multiple copies for students in their own classroom. 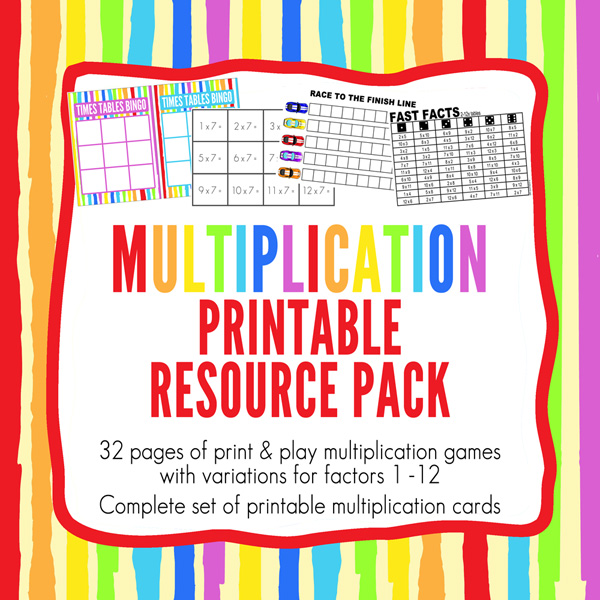 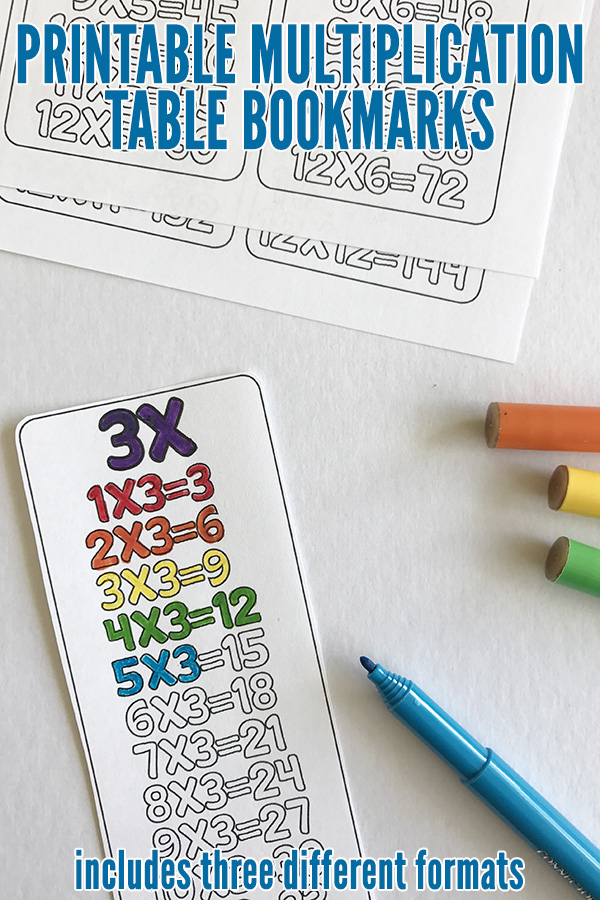 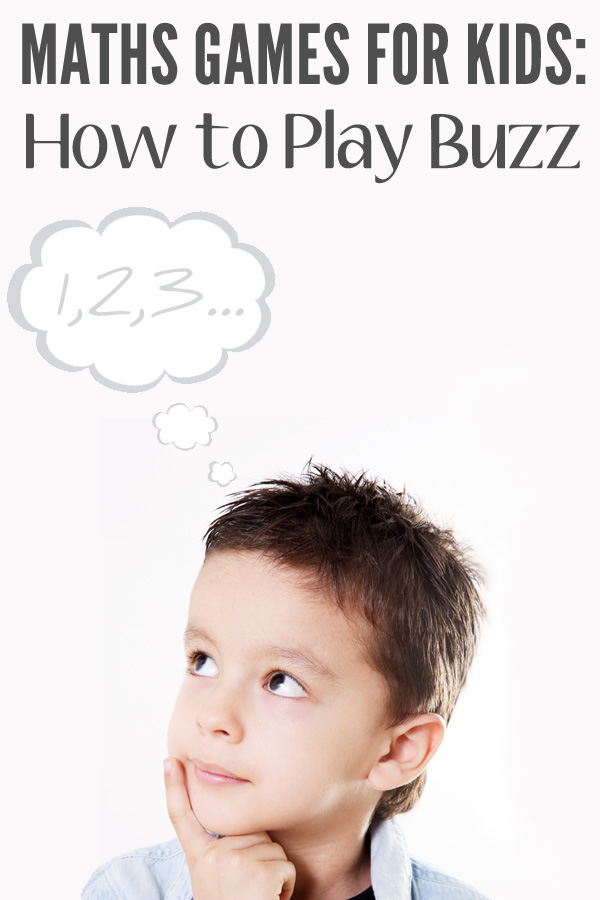 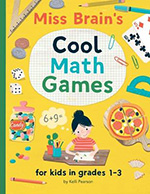 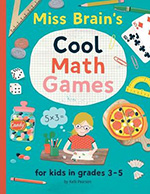 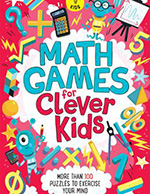 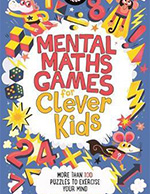 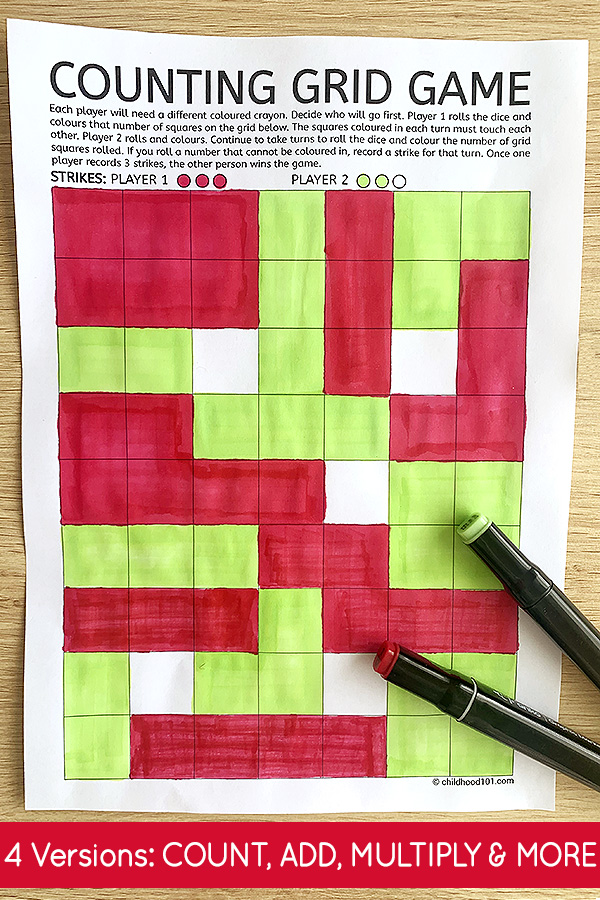 Thank you for subscribing to Childhood 101, why not pop over to the blog to really see what's new, subscribe to our newsletter or to share this post with your friends.